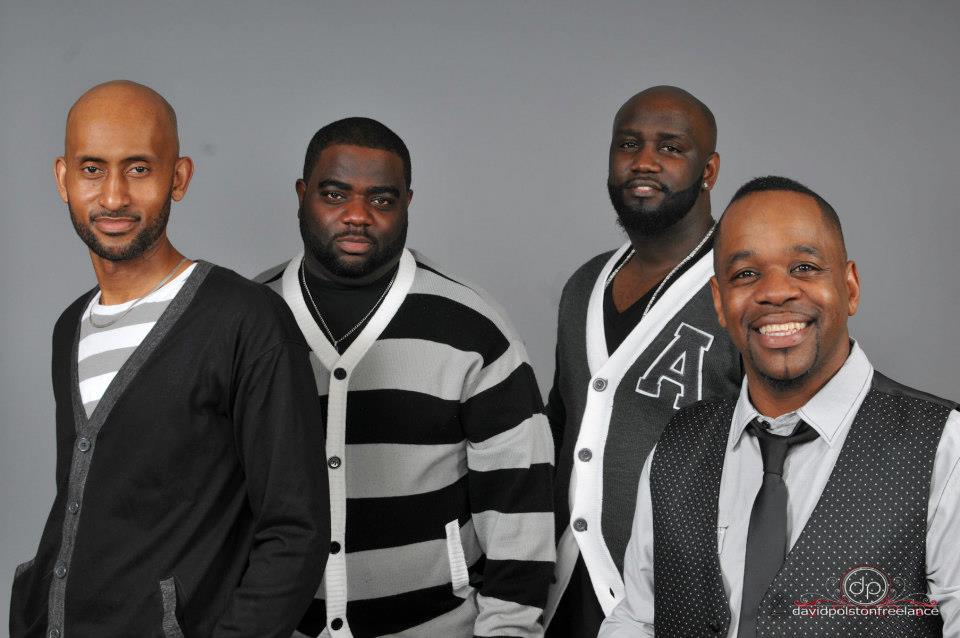 The Virginia Aires was organized in 1981 by several young men who had a desire to spread the word of God through a song ministry.  Their first release entitled “Come To Far To Turn Around” helped them to realize that they were living the title of the CD.  The Lord had blessed them with both vocal and musical abilities and they could not turn away from what The Lord was leading them do, minister through their music.

First Lite Records, Inc. brought The Virginia Aires onto their label in December of 2002.  This gave the group national distribution through Central South Distribution and Rock Bottom Distribution.  Steve Sturkie, President of First Lite Records, has always been a fan of quartet harmony and knew that The Virginia Aires had the harmony that the announcers and gospel music fans would love.

The Virginia Aires performed on Bobby Jones’ Birthday Bash in September 2005 in Nashville, TN and won first place at Luther Barnes Fall Gospel Classic in 2003.  They have also graced the stage with some of the gospel greats such as the Williams Brothers, the Mighty Clouds of Joy, the Christian Aires, the Gospel Keynotes, Keith Wonder Boy Johnson, John P. Kee, Ricky Dillard, Hezekiah Walker, the Original Soul Stirrers, the Five Blind Boys, the Mighty Supreme Voices, the Pilgrim Jubilees, Kirk Franklin & The Family, the Canton Spirituals, Luther Barnes, Lee Williams, Gospel Four, Doc McKenzie, C.C. Peniston and many others.  Once you have experienced The Virginia Aires stage performance you will understand why these national stars are requesting that The Virginia Aires to perform on their shows.

Meet the Members of the Virginia Aires

Pastor Rodney Mailman Mills is a founding member of The Virginia Aires and Pastor for Solid Rock World Wide Outreach Ministries.  He is a lead vocalist and songwriter for The Virginia Aires.  Pastor Mills has ministered since 1985.  The Lord blessed his ministry with a home church in 2003.  His desire to spread the Word of God was so powerful that he originally started the church in his grandmothers house preaching on Friday nights with the services called Friday Night Live.  Since then The Lord has blessed the church with a new building and even recently had to expand due to growth in the church.  If you live in the Chesapeake, Virginia area or visiting the area please visit Pastor Mills and his family at the Solid Rock World Wide Outreach Church located at 245 Indian Creek Road in Chesapeake.

Rondell Shannon has been a member of The Virginia Aires since 1993, playing lead guitar and doing background vocals.

Rondell is also a member of the Solid Rock World Wide Outreach Church where he plays guitar for church services.  His contribution to the group is great being a talented vocalist, musician and songwriter.  Other group members would say that a good way to describe Rondell is that hes humble.  He works hard in his ministry for God looking for nothing in return and always being one who is ready to do what ever needs to be done. 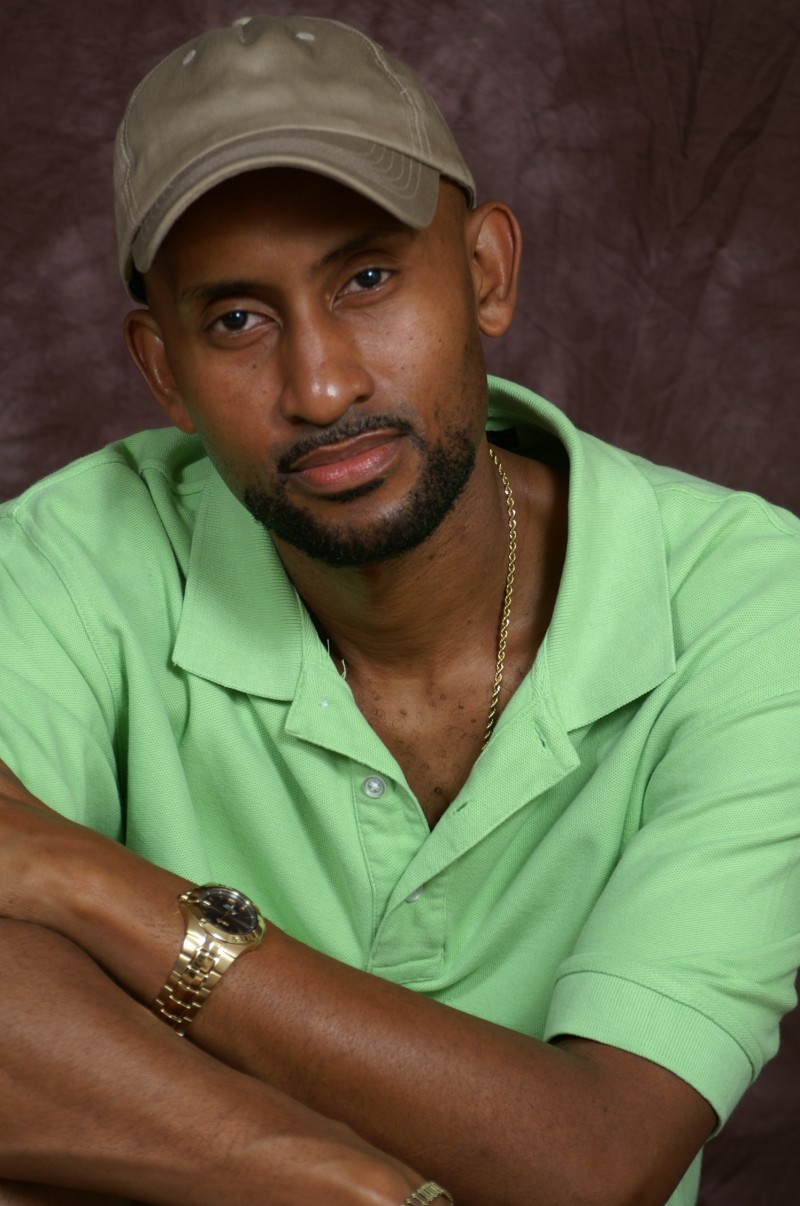 Kenny Halsey is an original member of The Virginia Aires, leaving the group for around 10 years and then returning in 2003.  Kennys role in The Virginia Aires is of great magnitude taking into consideration that he performs lead and background vocals as well as being a gifted songwriter.  Kenny is Minister of Music for the Solid Rock World Wide Outreach Church leading the Solid Rock Choir

Valry BaBa Spence has been a member of The Virginia Aires since 1998 playing drums and doing background vocals.

BaBa has shown that he is also a talented songwriter, writing Came Into My Life on the Live In The Country II release by The Virginia Aires.  He also plays drums for Pastor Mills former church located in Chesapeake.  BaBas passion brings a unique style to The Virginia Aires, significantly enhancing their stage performance.

Cory Shaw has been a member of The Virginia Aires since 1999, playing bass guitar, doing lead and background vocals.  Cory attends the Solid Rock World Wide Outreach Church where he also plays guitar for church services.  Dedicated is a good way to describe Cory.  Cory loves his family dearly and it was his dedication to God that got him through missing his sons birth while touring the west coast with The Virginia Aires. 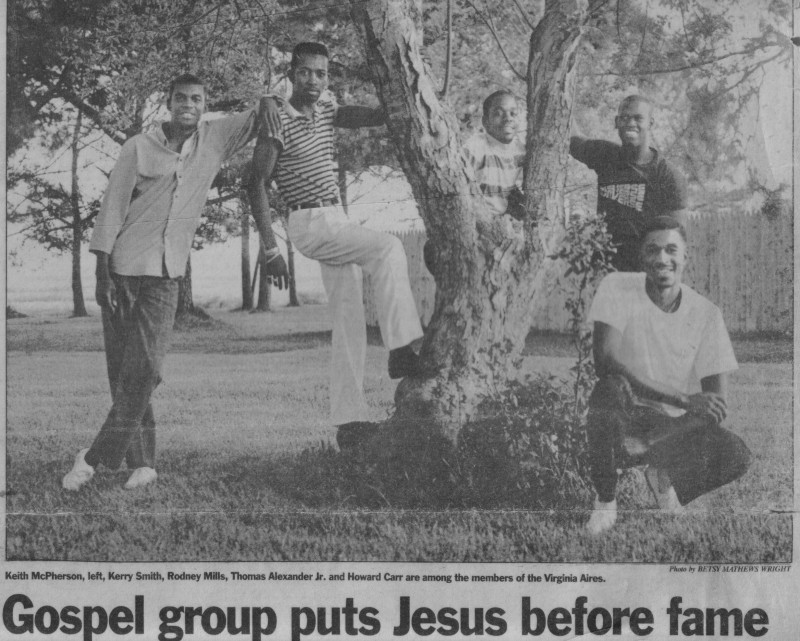 IN MEMORY OF THE LATE BEVERLY BURTON WE EXPRESS OUR GRATITUDE BEVERLY STARTED US ON OUR WAY AND WE'VE COME TOO FAR TO TURN AROUND!
WE MISS YOU! THE VIRGINIA AIRES

How to Purchase CD's

To add either of these anointed CD's by the dynamic "Virginia Aires" to your music collection, Click here to purchase online, or visit your local Christian Bookstore

For All You Fans